Blindspots—Might You Have One of These Five? 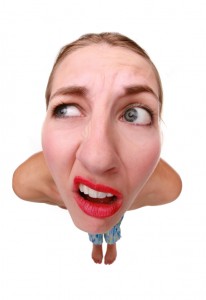 How disturbing to discover that your perception of yourself is different than others’ perceptions of you!  How do you know what yours are . . . or if you have any?  Many leaders assume that all is well until they seek feedback from those closest to them at work.

Executive coaching offers a rare opportunity to find out the candid opinions of those “key stakeholders”—those who won’t offer the feedback you need to hear the most, unless asked in a safe, anonymous way.

The “gift” of feedback

What are those dreaded comments that often come back from key stakeholders?  Whether from verbal interviews or anonymous 360 surveys, leaders often have the chance to hear what people really think of them.  I often introduce the process as a “gift”.  While most leaders say it doesn’t feel like a gift when they first get the feedback, they all agree that after the initial shock, the feedback was enlightening and certainly helped them grow as a leader.  Here goes . . . five unexpected feedback comments from raters (peers, bosses, direct reports), based on my 25 years experience in executive coaching.

Most of us know this type of leader well. Some comments that come up frequently include:

This is usually one of the biggest surprises to leaders.  Many pride themselves on being good listeners but find out others have different perspectives:

Bull in a China Shop

Another common “development” area is the behavior where a leader seems to bulldoze people.  Some sample comments:

Some leaders fail to share information.  Some sample comments:

The colorful leader or attention-hog is at the top of the list.  Some sample comments:

What are you potential derailers or blindspots?  Have you had a 360 assessment done in the past few years?  Have you ever had anonymous feedback gathered about your leadership skills? Muster up the courage needed and give yourself one of the greatest gifts you’ll ever get for becoming a better leader.

Next post: NFL Domestic Violence and the Workplace: What’s the Difference?

It has been a pleasure to work with Kathy over the past several months. Her approach to executive coaching is programatic and results-driven. I appreciate the balance of quantitative and qualitative feedback process. She is a great listener and a true partner in my professional and personal development. I highly recommend her as an executive coach.