Destructive Conflict: The Devil Made Me Do It!

Conflict is everywhere. It's inevitable. It's also been called "the spice of life". How do we recognize when conflict is productive or when it has escalated to destructive behaviors and damaged relationships? In the workplace conflict can be uncomfortable for many people. I've often heard admissions after a blow-up such as: "He made me so [...]

"Survival skills" is a topic that isn't taught in leadership courses. Instead, many high-performers get thrown into the jungle of high- pressure, results-driven organizational landscapes. They push themselves to the outer limits without taking time for recovery. Having stamina is critical in today's demanding world of work. Being resilient is about bouncing back during times [...]

Where has the time gone? In many ways it seems like yesterday that I was a young whipper-snapper beginning my career at Boeing (St. Louis, MO 1985). In the blink of an eye, here I am writing this newsletter about celebrating my 30th year in Leadership Development/Organization Development. I humbly share my top 10 lessons [...]

Creativity at Work: Dead or Alive?

How Creative Are You? Why do so many people say they're not creative? How about you? How creative are you at work? Studies on creativity show that almost everyone starts out highly creative as a kid. The Speakers' Sourcebook explains that people at different ages were tested for creativity. The results were fascinating: Age % [...]

NFL Domestic Violence and the Workplace: What’s the Difference? 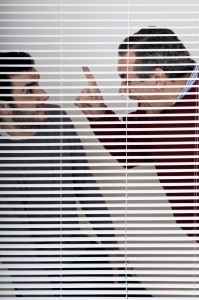 Everywhere we turn we hear more and more about domestic violence and abuse among some NFL players.  Worse yet, we hear about how the behavior has been tolerated . . . until the public outcry began changing the way this behavior is handled. While few people get physically knocked out or beaten, the emotional abuse is alive [...]

Kathy is one of those rare business leaders with deep and broad knowledge combined with a totally authentic, warm personality. She is one of my most valued colleagues, friends, and an excellent project leader. Her listening skills are amongst the most refined of anyone I know which allows her understand with great clarity the needs of her clients, as well as the issues that her friends may be managing. My highest recommendation.